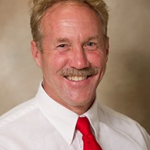 Head Men’s Soccer Coach, Assistant Director of Athletics
Just the third coach in St. Lawrence University history to earn national coach of the year honors, Saints soccer coach Bob Durocher has built one of the finest Division III programs in a relatively short time. His 1999 team became the first team in NCAA Division III history to go undefeated and untied en route to a national championship and Durocher was named NSCAA Division III Coach of the Year for his efforts. Durocher takes a career record of 289-96-41 into 2013, his 24th season at St. Lawrence. His team has made it to the NCAA Tournament 13 of the last 15 seasons.

His Saints completed a perfect regular season with a 16-0-0 record in 1998, the first undefeated team in Saints soccer history, and advanced to the NCAA quarterfinals, finishing the year 17-0-2 after a shootout loss in the quarters. The 1999 team improved on those records with its 22-0-0 run and became the third team in University history to win an NCAA championship. The Saints improved their nation’s longest unbeaten streak to 60 games before being upset by Hamilton in the regional final in the NCAA tourney.

Durocher’s teams have won 12 conference titles since 1995 and have earned 15 NCAA berths and an ECAC Championship.  He has produced 78 regional All Americas and his players have piled up 19 national All America honors during his tenure. Dan Annan became the first player in Saints history to be named NCAA Division III Player of the Year.

A native of Canton and a three-sport high school athlete, Durocher was a two-year captain and a four-year starter and all conference player at Ithaca College. He returned to his hometown as the third coach in Saints soccer history when he took over the program in 1990. He began his coaching career at Canton College as its women’s coach and took that team to the NJCAA Tournament. He then moved to Florida where he was a player and an assistant coach in a USASA league before returning to the North Country as an assistant coach for both the men’s and women’s teams at St. Lawrence in 1989.

Past chair of the NCAA Regional Selection Committee and a member of the ECAC Selection Committee and the NSCAA/ISAA Rating Board, the Bob has also been director of the St. Lawrence fitness facility and currently serves as an Assistant Athletic Director. He is active in the promotion of youth soccer in the Canton area.  He and his wife Robin, the director of St. Lawrence’s fitness center, reside in Canton and have three children: Ryan, Danielle, and Trent. 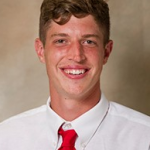 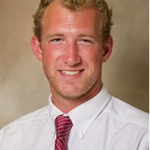 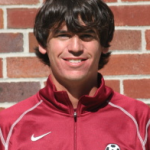 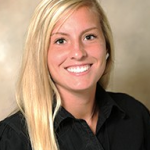 Eileen Coyle, an all conference player at SUNY Geneseo, has joined the St. Lawrence University women’s soccer coaching staff as an assistant coach.

Coyle was captain of the Herkimer County Community College soccer team and was a two-time first team All America while at Herkimer, also earning the college’s Athlete of the Year honors prior to completing her degree in psychology at Geneseo. She played  two seasons at Geneseo and also played lacrosse at both Geneseo and Herkimer.

She also played for the Coliseum Soccer Women’s Travel team, helping the team win the Italy Cup Championship and is a member of the Rochester Ravens W-League team.

She has coached at the Oneonta, Geneseo and Hamilton soccer camps and coached a club team with the Doug Miller Soccer Academy. 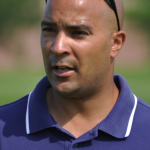 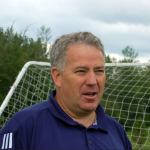 Mike McGlynn is one of the founding owners of Lake Placid Soccer Centre since 1976. Lake Placid Soccer Centre is a private soccer educational and promotional company located in Lake Placid with activities all over the Eastern USA. LPSC is the exclusive New York State licensee for the Coerver Coaching Method and has hosted over 40,000 youth soccer campers at its summer overnight and day camp events. Campers attend from over 20 countries and 40 states and provinces each year. Staff includes FIFA World Cup National team members, National team coaches, professional coaches and players, national level college coaches, high school and club coaches and International staff from coaching organizations from 10 countries. As a dedicated youth athlete Mike captured many state and regional alpine ski championships, awards and four year invitations to summer US Skiing Olympic Training camps. National downhill champion in 1980 at the senior US alpine ski championships. Varsity soccer player at St Lawrence University.